The rumours were false! 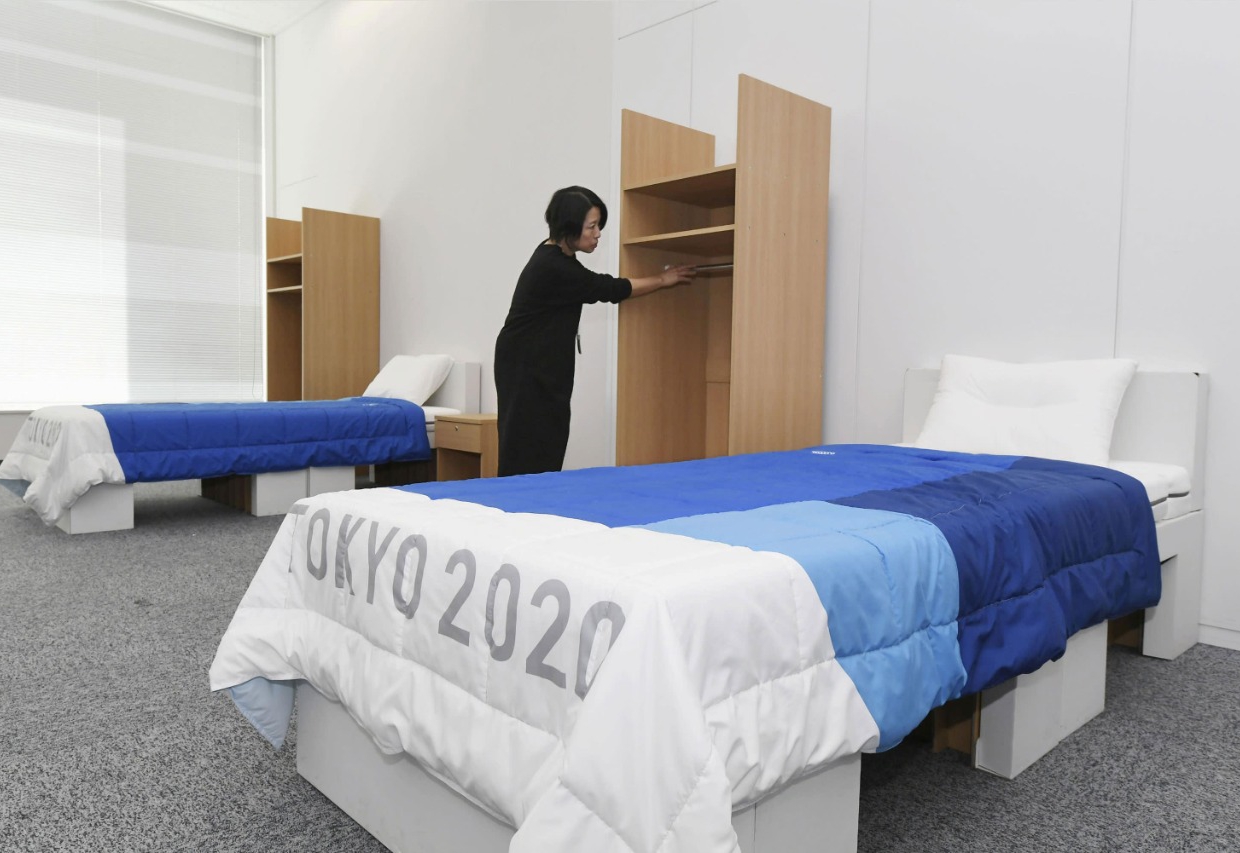 The bed for the Tokyo 2020 Olympics is not an "anti-sex bed". It's actually more robust than it looks.

Many of the athletes have given an experiment which is now has gone viral on TikTok. In reality, the cardboard is just as supportive as regular wood and withstands plenty of weight — up to 440 pounds, according to the Associated Press.

One of the athletes seen given the experiment is Ilona Maher from the U.S. women's rugby team. She and her teammates have given a test to prove how a firm is a bed.

The tests included performing yoga poses and giving CPR to the mattress. Some athletes were even jumping on the bed, practising wrestling, and doing other activities, yet the beds are still looking fine.

The TikTok concludes with Ilona returning to the screen and cheekily saying, "And for this last take, Nicole and I will be having se–" as the video cuts off.

The tests showed that the bed is actually decent. The Olympic Village General Manager, Takashi Kitajima, has told A.P. that jumping on the beds as you would in a wild team celebration break them, just as wooden beds would. But the rugby team did plenty of jumping, and the mattresses appeared to hold up.

The true purpose of the cardboard beds is to contribute to Tokyo's sustainability efforts during the Olympics. The bed frames will be recycled after the games, as will the mattress' plastic components.

And if you're worried too much about comfort, don't be. Like Australia's Tilly Kearns, athletes have also made TikToks show how to customize mattress firmness and length, plus the included mattress toppers for extra comfiness. It seems like the Olympians are pretty content with their sleeping setup – whether they're using the beds just for sleep or doing other activities.

The cardboards bed were made by Airweave

The beds were actually made by the Japanese bedding company, Airweave. They created 18,000 beds and mattresses for athletes at this summer's Olympics, 8,000 of which will be repurposed for use by athletes at the Paralympics.

It has been reported that the bed could be recycled at an unlimited number, as it is made out of polyethene fibres. The beds were made with the hope to align with the Tokyo 2020 Olympic Games' sustainability plan, which they planned to deliver sustainable even and innovative concepts and solutions.

"The concept was to make a lightweight, easy-to-assemble mattress and meet the Games' Sustainability Plan," Airweave told Dezeen.

Airweave created 8,000 bead frames for the athletes. Right after the Olympics, the bed would be donated to national organizations.

The beds were designed to have lightweight and easy to assemble to be easily moved more efficiently. The cardboard bedframes will support a version of Airweave's modular mattress, which the brand designed to accommodate the wide variety of body types of different athletes.

The mattress is composed of three separate blocks made from springy polyethene fibres – one to support the head and shoulders, support the waist and support the legs – which are zipped together in a case.

The modules can be ordered in four different firmness levels and can provide an extra level of firmness on each side. This allows athletes to customize their mattresses by changing the order of the three blocks and flipping them over one way or the other.

"Our signature modular mattress design allows for firmness customizations at the shoulder, waist and legs to achieve proper spine alignment and sleep posture, allowing for the highest level of personalization for each athlete's unique body type," Airweave said.

The mattresses can be further customized with additional layers, such as a pillow top to increase the softness.

DANGERS OF TOO MUCH SCREEN TIME