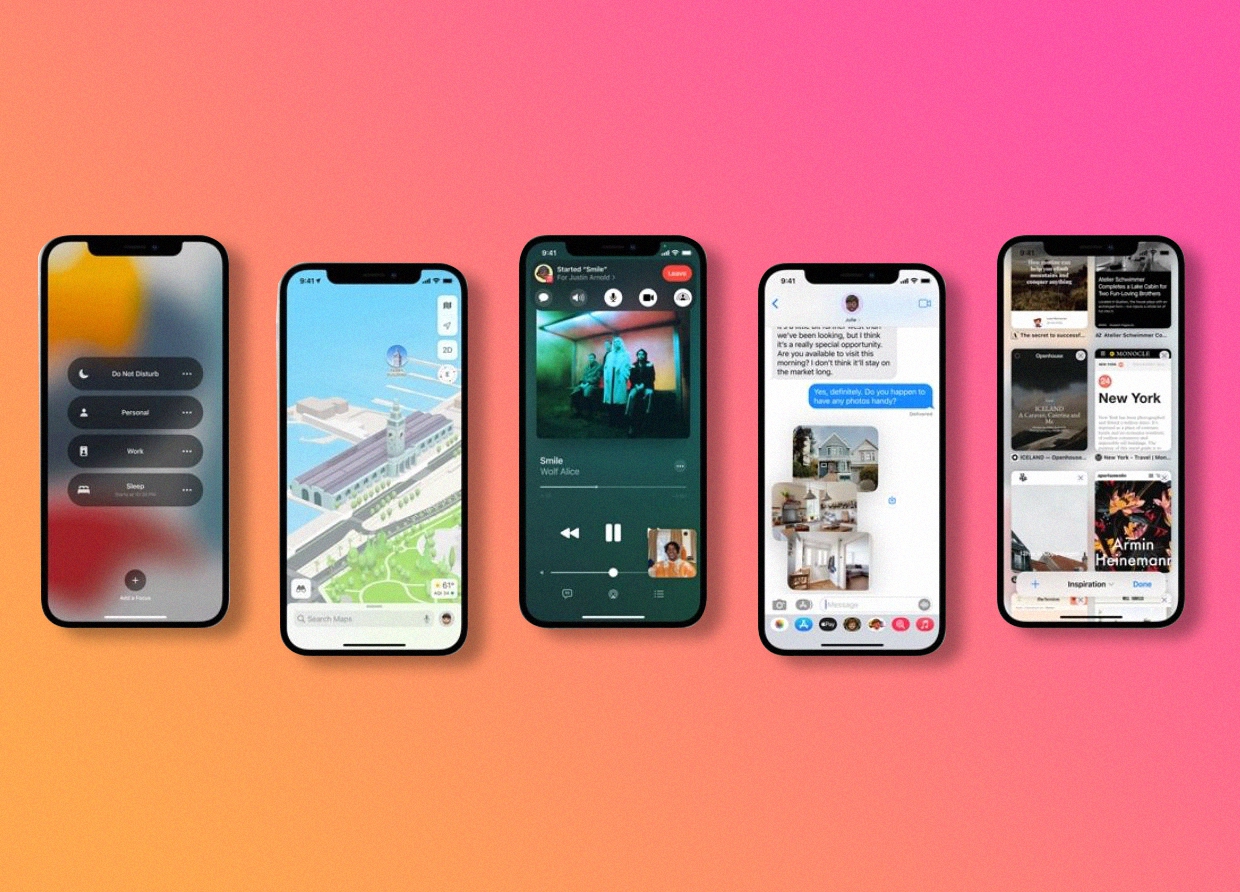 Old iPhone users can also update this Apple operating system. From the list of old iPhone products found on iOS 15, some of them are almost six years old, such as the iPhone 6S and iPhone 6S Plus.

In addition, there is still the first generation iPhone SE that gets an operating system update. Despite being a few months younger, the hardware capabilities of the iPhone SE are similar to the iPhone 6S, which uses the Apple A9 System-on-Chip.

When Apple introduced the iPhone 6S, 6S Plus, and SE products, they ran the iOS 9 operating system, which means that the operating system of the three mobile phones has been updated for six generations.

Although it can use Apple's latest operating system, some features are not compatible with the iPhone 6S. Such as visual lookup similar to the Google Lens feature, Live Text feature in photos, portrait mode in Face Time, and updated Maps.

As the successor to iOS 14, iOS 15 comes with several changes to new feature enhancements. In addition to those mentioned above, there are Wallet, Weather, Siri, and several other new features. Here are the changes

First, Apple changed the appearance of notifications in iOS 15. App icons now appear more prominent. Users can also add photos for contacts so that their faces will also appear in reports.

Second, iOS 15 users can now track the last location of their lost AirPods Pro or AirPods Max. Through a Bluetooth connection, users can find out the whereabouts of their AirPods with the help of voice.

Third, there is the Focus Up feature. This feature allows users to choose incoming notifications such as phone calls, SMS, e-mails, and others, based on the Focus profile that is currently in use.

For example, a user is activating the Focus profile in "Personal" mode. This profile allows the user to set not to receive notifications from work-related applications.

If Focus Mode is enabled, this mode will automatically apply to the iPad or Apple Watch device connected to the user's iPhone.

The fourth feature of the latest iOS 15 operating system is the Safari web browser change. Safari now has a minimized tab bar at the bottom of the screen. Users can shift this tab quickly if the user wants to open several other tabs.

Users can also create Tab Groups that can later be placed in folders to access tabs later at a later time.

Fifth is a feature made especially for users with Indian languages. iOS 15 system can use a bilingual dictionary in the Indian language. There are several translation features offered, including Urdu-English, Tamil-English, Telugu-English, and Gujarati-English.

Non-iOS users can now join FaceTime over the web. FaceTime for iOS users will copy the room link, similar to sharing a virtual room on the Zoom platform.

Users can then share the link via the Messages app, Calendar, Mail, or other apps. Then non-iOS users like Android or Windows can join the video conference via a browser like Chrome or the latest version of Edge.

The seventh feature, in the FaceTime application, Apple also provides other features such as spatial audio for qualified sound quality and reduces noise from the surrounding environment. There is also a Grid View feature to portrait mode, which can blur the video background.

Eighth, the appearance of Apple Maps is now better. The update comes with a new and detailed 3D view showing locations, buildings, and other places. An additional Nearby Transit feature makes it easier for iOS 15 users to navigate quickly when using public transportation.

Ninth, there is a choice of colors for the Memoji avatar. Nine new Memoji stickers are added, including shaka (two fingers), waving, lights, and many more. Users can also add other accessories such as glasses, day icons, and more to their Memoji.

Tenth, there is an increase in the Photos application. Now you can make video highlights through the memories feature. Interestingly this app also appears in Spotlight search. Photo descriptions are also enriched, including information about the camera used, shutter speed, file size, and others. In addition, users can edit the location, write photo captions and add other information.

Eleventh, there is a Live Text feature to copy text from images. This text can then reproduce or translated. Users can also take advantage of the Visual Look Up feature to find out complete information about the description of the image taken.

Twelfth, there is a Wallet feature for storing digital keys or vehicles. This app uses the NFC connection, which will select the appropriate key to use.

Thirteenth, there is a SharePlay feature. This feature allows users to listen to or watch various content through various third-party applications such as Disney+, Hulu, HBO Max, TikTok, NBA, Twitch, and others directly from FaceTime.

Finally, the Weather application now looks attractive. The main view follows the user's weather where he is. If it's raining, it seems dark with an illustration of rain.

How to Update iOS

To download the iOS 15 update, users can use the OTA (Over The Air) update method. Open the “Settings” menu > “general” > “Software Update”.

Then select Upgrade to iOS 15 on the page that displays a summary of the iOS 15 update information. Then click the "Download and Install" button on the menu.

The iOS 15 download process will start and then wait for the installation to complete.

This iOS 15 update has 3 to 5 GB, depending on the device and previous iOS version. Ensure the device power and storage space are sufficient and the internet connection is stable so that the update process is not interrupted.