TIKTOK PHENOMENON AT THE 2020 TOKYO OLYMPICS

TikTok is used by athletes to get closer to their supporters and watch the Olympics from backstage. 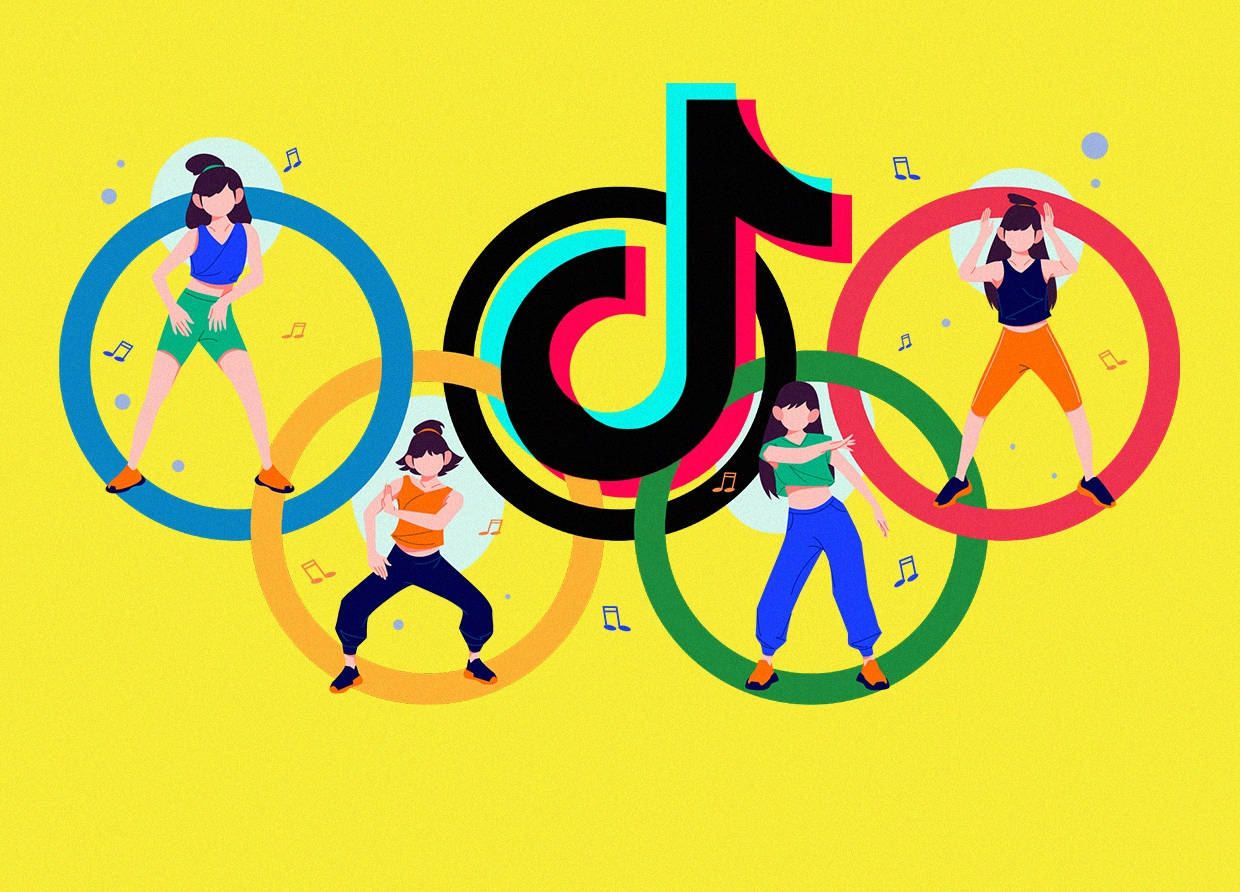 At the Tokyo 2020 Olympics, there was an interesting phenomenon related to the dissemination of information. Suppose all this time information has always come from television networks broadcasting matches. In that case, the information crowd comes from the accounts of athletes competing and uploads on the TikTok platform.

One of them is from the account of Indonesian athlete Greysia Polii. This account, which has 1.6 million followers, shares the daily life of women's doubles badminton athletes from training, preparation for the Olympics, traveling to the venue, and finally getting a gold medal.

In one of her posts, Polii poses with her partner, Rahayu, like someone is about to sneeze. The image then moves to the Olympic circle monument where the two have already brought their gold medals, perhaps after the final match, which was watched by millions of Indonesians.

The video was viewed more than 35 million times, with 5 million TikTok users giving their likes. Various comments were written by TikTok users congratulating the two athletes who made the highest achievements in the Olympics.

If you are one of the users of the TikTok platform, the hashtag #OlympicTok is widely followed by those social media users. Athletes from all over the world are happy to share their Tokyo 2020 journey with their followers on TikTok. The widely used platform by Gen Z athletes is an alternative to get information about the Olympics.

The content varies, from tours in athletes' villages to reviews of facilities provided by the Tokyo Olympic committee. Remember the news about beds that use cardboard? It has become one of the most talked-about contents on TikTok. Of course, the content will bring the people's curiosity of the athlete's country, especially if the athlete gets a medal like Polii and Rahayu from Indonesia.

The Tokyo 2020 Olympics are actually not the first Olympics in an era of growing social media. A few years ago, Facebook, Twitter, and Instagram were widely used by athletes to greet their supporters. Still, this year, the TikTok app, which became the most downloaded app of 2020, is picking up momentum.

"This is the TikTok-athlete generation. Or the athlete-TikTok generation. I'm not sure which one comes first," said Jonathan Hutchinson, a social media export at the University of Sydney.

The audience, mainly Gen Z, was delighted to get a closer look at what was going on behind the 2020 Tokyo Olympics. If television were constantly reporting about the match, the stories behind the athlete's preparation made the story exciting. They made the athletes feel like normal humans.

@jrayssaleal Congrats on getting Silver in the first Olympic

For example, the TikTok account of Filipino female skateboarder Margie Didal danced with Brazilian female skateboarder Rayssa Leal after they fought in the arena. There were no television cameras that recorded the closeness of the two of them, so they voluntarily shared behind-the-scenes moments in the Olympic stadium.

"You get to see that lighter side of the athlete-someone who is going through this amazing life experience and bringing all of their fans into that space with them," says Hutchinson.

This light and fun content from TikTok is loved by Gen Z or anyone who follows the athlete's development. This is a different approach than the Instagram app, which is associated with aspirational and beautiful content. Anything too polished doesn't work well on TikTok. More funny, authentic content to get noticed on TikTok. Then combine it with the Olympics, boom, the magic works.

For athletes, competing in the championship without spectators is something strange. The TikTok platform then bridges this gap and provides an opportunity for some more prominent personas. Athletes who have a large following are not well-known athletes, something that is quite interesting to see.

"They might not win a medal while they're there, but what they are doing is taking the hype that's around them at the moment and leveraging that. So it's kind of a personal investment to the next phase of their career," says Hutchinson.

Athletes are also creative content creators in the Olympic arena. Several times they created content that was relatively easy to make, without spending a lot of time in the editing process, so that the content during the Olympics was constantly updated. Athletes are also helped by using the songs their supporters listen to, making their videos easier to enjoy.

So the question is, how long will TikTok users enjoy this platform? This question is actually always present when there is a booming social media platform. Still, in the end, everything has its own function. Facebook and Instagram, for example, are used for Olympic winners to say thank you speeches. Twitter was made more formal, namely as a press release service. TikTok is still a place for fun.

Another strict rule is don't post stunts in the Olympic arena. This is because the broadcasting rights are already held by television stations with multi-million dollar contracts. TikTok is the access behind the Olympics platform.

Hutchinson said the presence of platforms like TikTok actually complements traditional media such as television. Both have different scopes; television broadcasts formal events such as openings and matches, TikTok, and social media bring people closer to backstage content.