These could be a reference that you should try. 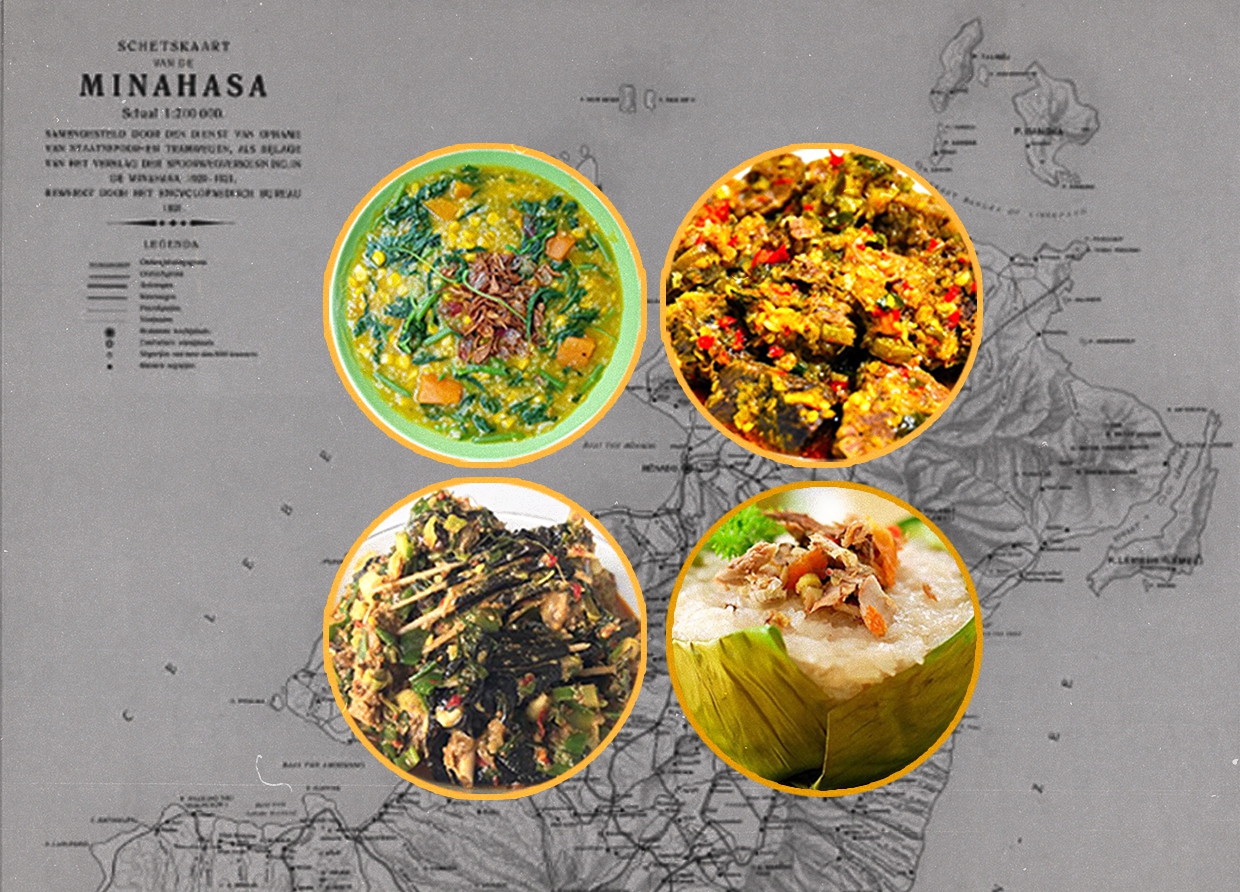 With its diversity of culture and ethnic group, Indonesia is also famous for its signature and authentic culinary from any kind of region.

It will never end if we are talking about culinary in Indonesia. There are so many local cuisines with appetizing taste buds and uniqueness, one of them is culinary from Minahasa.

This local ethnic comes from the Minahasa peninsula north of Sulawesi island, called 'Manadonese.' They have an exciting variety of culinary delights with distinctive and delicious tastes. When you visit Manado, these could be a reference that you should try.

Nasi jaha is one of the local foods from North Sulawesi made from glutinous rice and coconut milk, which was previously filled into bamboo sticks that were covered with banana leaves and then burned. Nasi Jaha is one of the delicious foods because of using so many spices. This dish is perhaps also found in several other areas, but Nasi Jaha has a different name in different regions.

It comes from 'Tuutu', which means rice or porridge in the Manado language. Tinutuan or Manado porridge is quite different compared to common porridge. Usually, chicken and egg become the most common for toppings. However, Tinutuan comes with vegetables, like spinach, kale, sweet potatoes, sweet corn, pumpkin, melinjo leaves, and basil. Sometimes, they add sambal dabu-dabu and salted fish as a compliment. This porridge is usually consumed by Manadonese for breakfast or meal in the afternoon.

When you visit Manado, you will easily find this Manado porridge in every corner of the city. It is also suitable for you who are vegetarian as this dish is full of various vegetables.

This dish will represent spicily but taste good because it's rich in spices. Initially, tinoransak used pork as the main ingredient. Still, now we can quickly find tinoransak that uses beef, chicken, tuna, or even tofu.

This dish will be cooked with turmeric, lime leaves, lemongrass, and cayenne pepper. After that, it will be put into bamboo until it's cooked. Usually, Manadonese eats Tinoransak together with warm ginger rice.

Remember, If you don't like spicy too much, be careful with this dish.

This culinary is quite extreme for people who are not from Minahasa. This food uses bat meat as the main ingredient. However, this winged animal is not too scary for people in Minahasa. For them, bat meat is quite delicious, and it seems they also ignore the shape of the bat's face, which is quite scary for some people.

Before the bat meat is processed, the bat will be burned, and the fur is cleaned and then washed thoroughly. After that, the new bat is cut into several pieces and boiled over medium heat.

While making paniki, you need a variety of spices. The bat meat tastes delicious, and it is full of spices such as chili, shallot, garlic, lemongrass, and ginger that are boiled together.

Afterward, it is then mixed with coconut milk until it is absorbed for your information; not all bats can be consumed. Minahasa people only consume bat that eating fruits.

Aside from its uniqueness and fairly extreme, paniki is a savory and slightly spicy taste. The little 'hard' texture of bat meat will give an unusual sensation when eating meat in general. Now, the paniki dish is not only cooked with coconut milk, but in some areas, it is also fried and used as satay.