Emily in Paris has a list of nine must-see locations in Paris. Emily in Paris has indirectly functioned as an insider travel guide to the beautiful city of Paris. The French capital is now home to the Eiffel Tower, The Louvre, and Emily Cooper — marketer extraordinaire and protagonist in Emily in Paris series.

The Netflix show has shown a side of Paris that isn't just the Eiffel Tower and the Champs-Élysées, from the brilliant Van Gogh show at L'Atelier des Lumières to the lovely Rue de l'Abreuvoir.

Vogue Singapore has rounded up the best and most stunning Emily in Paris locales that you can visit in the City of Love, from dining at Gabriel's famed red-doored restaurant to soaking in the breathtaking high ceilings of the Paris opera theatre.

The apartment building where Emily and Gabriel live is actually a building located in Paris's Latin Quarter known as Maison Moreau. While the structure is called after an ancient method of torture, strappado (estrapade in French), Emily's main anguish is always mistaking Gabriel's unit for her own.

The bistro where Gabriel works is, sadly, a film set. However, the restaurant scenes in the series were shot at Terra Nera, an Italian gem located adjacent to Emily and Gabriel's home. Although steak is not on the menu, the restaurant has debuted a new dish, Tagliata, a sliced beef tenderloin dish created in honor of Emily in Paris.

Emily and Mindy meet at the Palais Royal's grounds for the first time. Located near the Louvre, this small but famous garden attracts visitors seeking a break from the city's bustle.

Emily and Mindy's favorite breakfast spot is Café de la Nouvelle Mairie, located in the fifth arrondissement. You can start your day with a cup of coffee and a croissant, or you can come in the evening to try the restaurant's wide selection of natural wines. You can also get a croissant and a cup of coffee.

Mindy calls this slight cobblestoned stretch "the finest street in Paris," and it serves as the scene for several of Emily's escapades in the series. The neighborhood has gained new attention, partly thanks to the Netflix drama, but its Old-World charm remains intact.

One of Paris's oldest, this established coffeehouse was a meeting place for notable writers and thinkers in the late 19th/early 20th century. Sonia Rykiel, a French designer, was a regular at this café, so much that the café has a sandwich named after her.

Palais Garnier, the basis for The Phantom of the Opera and the location where Emily and Thomas part ways, is, by all accounts, a fully functional opera theatre. Like Emily, plan ahead of time, purchase tickets to the latest ballet, or pay a visit to take in the awe-inspiring architectural wonder.

Emily, Gabriel, and Camille's visit to the Immersive Van Gogh exhibition is honest and ready to be explored. The art center from Netflix's show is now showing Salvador Dal's best-known works. The idea is still the same, and you can see Dal's hallucinogenic art come to life on the floors and walls of the atelier.

This contemporary Parisian brasserie is the place where Emily's marketing agency launched. It's a perfect spot if you want to enjoy the view of the Eiffel Tower without any hindrance. As it's very popular, don't forget to make reservations if you plan to visit. 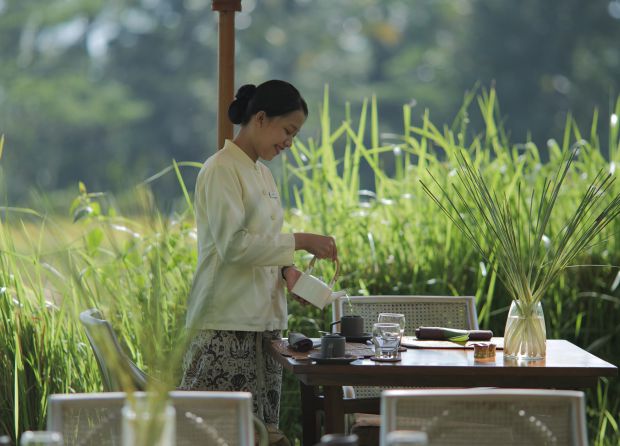 TAKE A VIRTUAL TRAIN JOURNEY TO EASE YOUR BOREDOM THE GLOBAL WARMING IS REAL! THESE ISLANDS ARE SINKING 5 VILLAGES ABOVE THE CLOUDS IN INDONESIA