How we could introduce Indonesian spices and culinary. 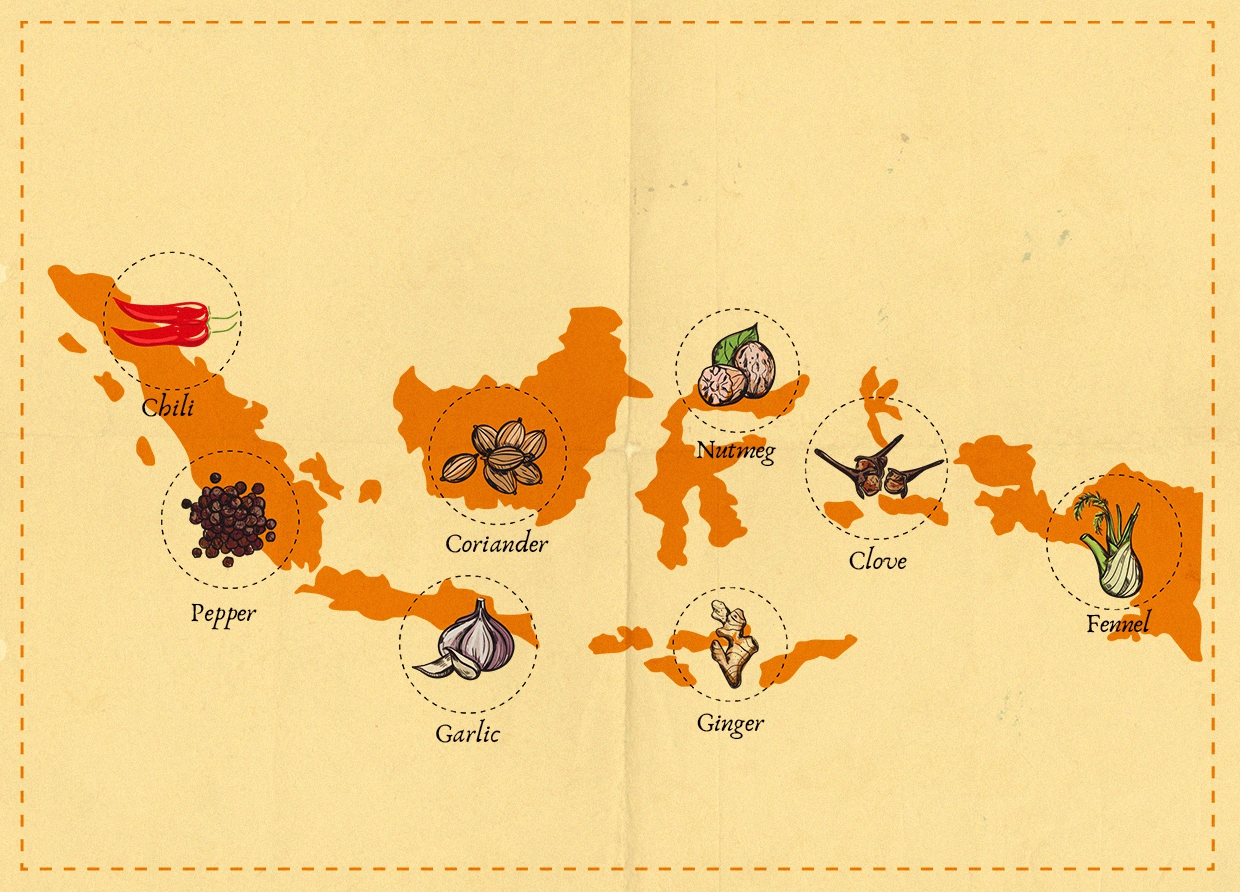 "Tracing the Spice Route to See Its Effect on Indonesian Culinary" aims to see how the spice route can pave the way for Indonesian cuisine to an international level.

Data on exports of processed spices and Indonesian fresh spices experienced a positive trend with an average growth of 2.95% over the last five years.

There was also Jony Yuwono, who is known for his herbal innovations. Not only that, there was Maria Loretha, who is very well known for introducing local food, sorghum, and has won awards from national and international.

In this talk, Chef William Wong touched on the story of Indonesian spices, which have a very high value. That is why spices were a trading commodity during the Dutch colonial era.

Furthermore, he also encouraged Indonesians to use the best spices from their origin area. For example, using pepper that was sourced from local farmers back in Sumatra or Aceh.

By applying it to a variety of dishes, the taste of Indonesia can be easily recognized by people in various countries.

In the session 'Tracing the Spice Route to See Its Effect on Indonesian Culinary', Indonesian people are also encouraged to preserve culture. Jony Yuwono is looking for ways to use spices for health. The benchmark of herbal medicine is not for effect. Jony wants to introduce traditional herbal medicine (jamu), packaged in modern ways.

Jony owns a modern jamu shop called Acaraki. Acaraki itself has the meaning of a jamu maker. How does Jony package it in a contemporary drink? Jony packed his herbs with the existing coffee machine. Jony felt that there is less appreciation for jamu nowadays. Therefore he tried to repackage jamu for the Millenials.

Jony himself also has a mission to preserve herbal medicine. By sharing research from Ristoja, they recorded 17,773 recipes from 1,740 plants in Indonesia. Not only that, the makers of the traditional herbal medicines are now  60 years old and over. And not many of them actually preserve traditional medicine.

As many as 66.7% of them do not have students to continue their business. With repackaging jamu in a modern way, Jony hopes that there are going to be younger generations that would take jamu seriously. Since the jamu has a modern twist, people from abroad could also taste jamu.

There was also Maria Loretha, who explains why sorghum is very useful. Not a lot of people are actually aware of sorghum efficacy. But here are some of the reasons why Indonesian should pay attention to sorghum.

First, because sorghum is nutritious food, they are also gluten-free, so they are safe for consumption by those who are allergic to gluten. They are also an identity food from Eastern Indonesia and also have a fairly high market.

What about the market? Actually, from the existing zoom show, Maria explained that sorghum can be processed into modern snacks, such as cereal and chips, and many more. Not only that, by supporting the sorghum industry, we also support the use of dry, dormant land. So we also support local farmers.

But we need to bring more Indonesian spices and seasonings in the future. Indonesia is an archipelago country, and we need to learn more about our spices.