It has already existed since 1936. 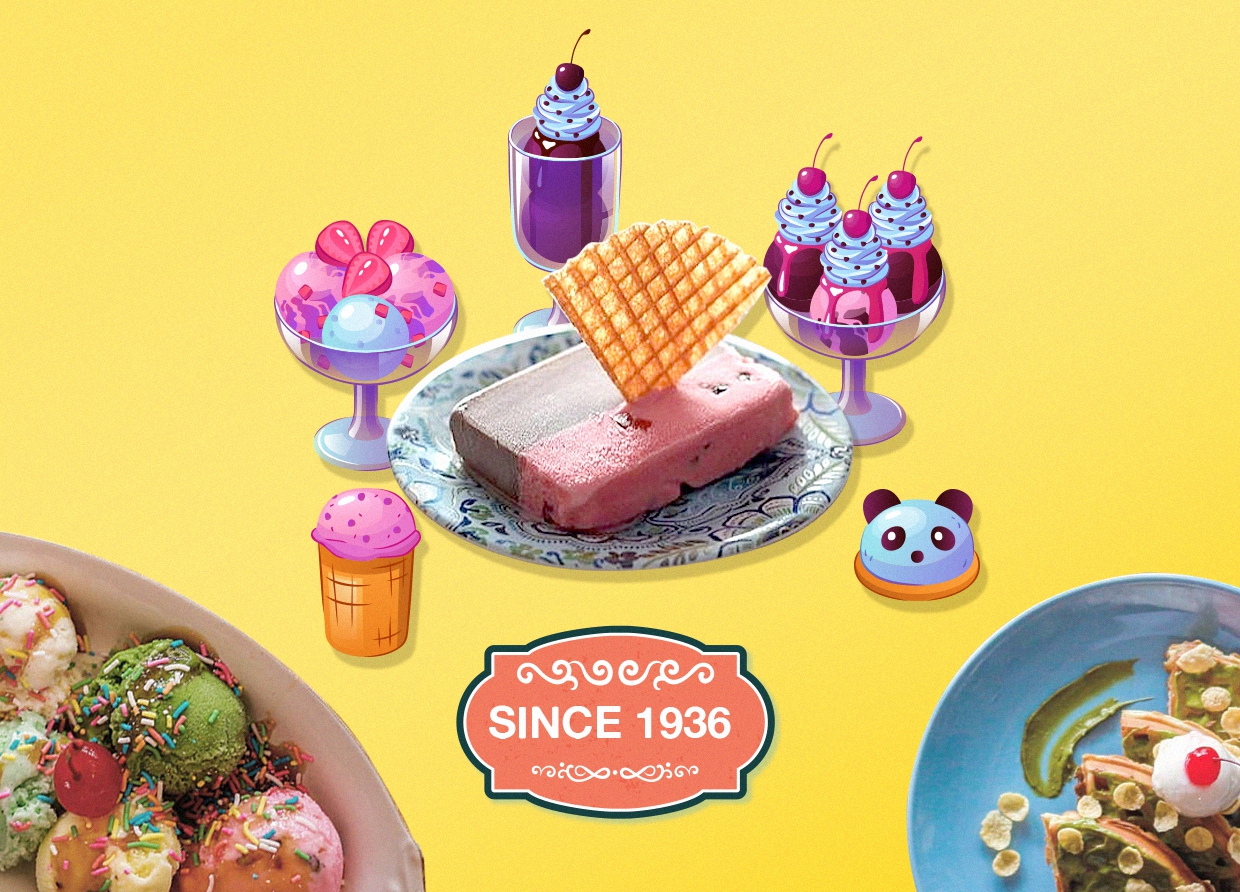 Some of Yogya's original culinary arts are indeed present as legends and can still withstand the challenges of time. One of them is this original ice cream legend from Yogya, Old Dish Tip Top ice cream.

Around the city of Yogya, you will find many culinary legends from this city that are ready to pamper your tongue with a variety of typical oldish-style flavors. One of them you can find at the Old Dish Tip Top ice cream shop.

You may know one of the legendary ice cream shop in the old city area of ​​Jakarta called Ragusa. You can feel a similar concept at the Old Dish Tip Top ice cream shop. Carrying a similar style of serving and processing, this ice cream has been the most popular ice cream vendor in Yogya. And until now, even though it's not as popular as it used to be, this shop still survives and has loyal fans.

Formerly the Old Dish Tip Top ice cream shop was located in the Mangkubumi area, just south of the Yogya monument building. But now, this classic colonial-style shop has been moved to the Colombo or Demangan area by using the name Old Dish ice cream.

Old Dish Tip Top ice cream itself has been standing since 1936 in the original building in the Mangkubumi area. Even now, it has lasted up to 3 generations. And now the last manager, Michael Parahitas, has deliberately moved this location to the Demangan area to get closer to a market that is considered more potential, among young people. Of course, this is not a bad idea, considering that this area is filled with a campus environment.

What can you find in this new Old Dish Tip Top Ice cream shop? Of course, various ice creams with flavors that are not too milky but still tasty. You can find various flavors of ice cream ranging from chocolate, strawberry, vanilla, kopyor, and various other unique flavors. It becomes more perfect with various enticing toppings such as various fruits, wafers, biscuits, chocolate, and many more. There are also various sorbets, a type of ice cream made from fresh fruit juice and milk.

The ice cream here feels more textured and fibrous because of the traditional production process and the effect of mixing fruit fibers into the dough. You will combine this delicacy with various light snacks such as pancakes, schotel, pudding, spring rolls, and many more.

Curious to taste this classic Old Dish Tip Top ice cream? You can visit the shop's location in Colombo by heading east on the road opposite RRI Gejayan, then turn left for about 100 meters. The location of the shop is right on the west side of the road. Visiting hours are 10 A.M. to midnight. The price ranges from Rp 10,000 to Rp 40,000 for each portion, relatively affordable for a legendary dish.