Tempeh from Indonesia will expand to the Japanese market. 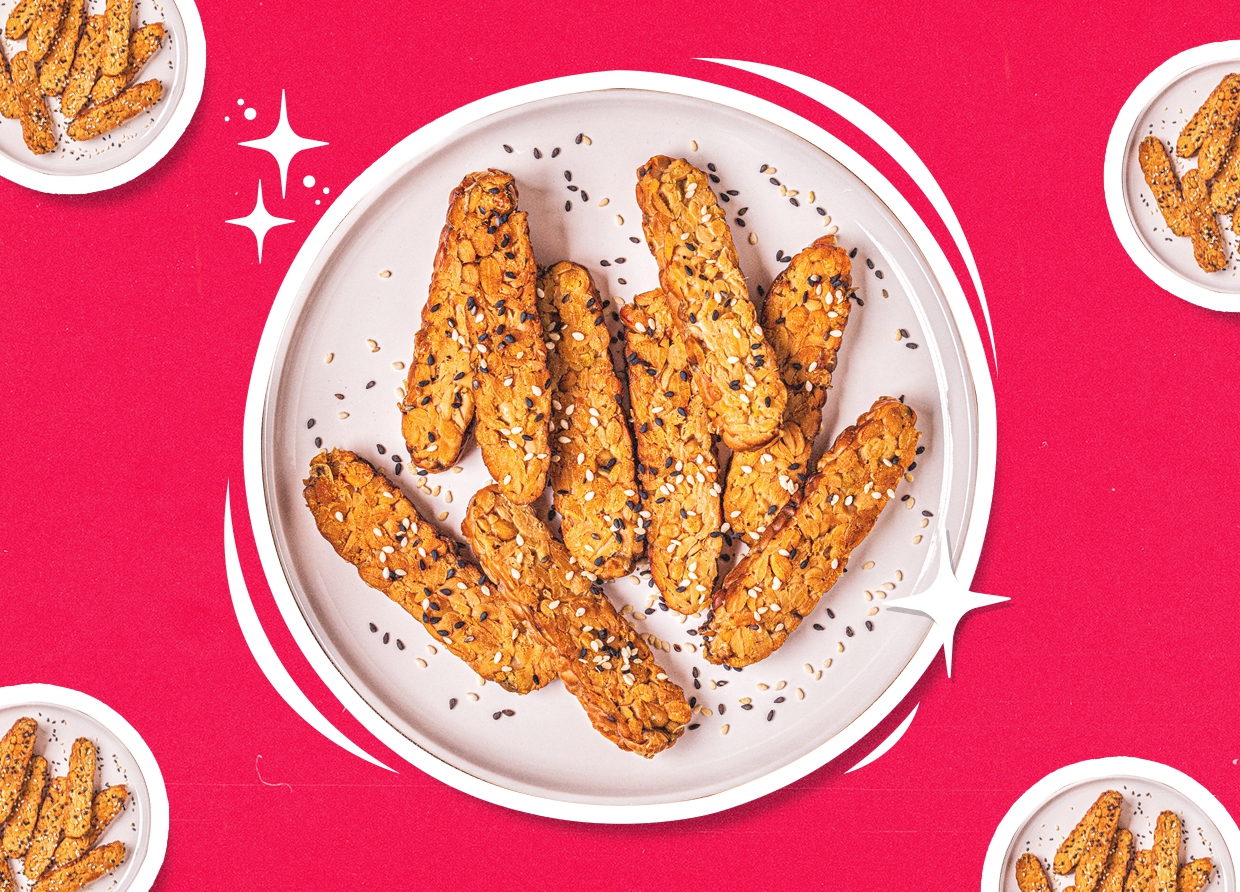 Tempeh or tempe from Indonesia will expand to the Japanese market as it has been signed an agreement between PT Arumia Kharisma Indonesia with Kobe Bussan Co.Ltd,  last Wednesday (29/9). Tempeh is categorized as healthy and nutritious food, and the Japanese like them. People in Kansai, Japan, now can enjoy Indonesian tempeh at Gyomu Suupaa supermarket, the biggest chain supermarket in Japan.

Indonesian Consul General Osaka, Diana E.S. Sutikno, also watched the assignment contract of repeat orders up to 13,8 tons distributed to Kansai and Kanto, Japan. She appreciated the board of directors Kobe Bussan Co.Ltd for their trust to import and distribute foods from Indonesia.

Tempeh is fermented soybeans that are popular in the Javanese family

Tempeh is a traditional Javanese food made from fermented soybeans. It is made by a natural culturing and controlled fermentation process that binds soybeans into a cake form. A fungus, Rhizopus oligosporus, is used in the fermentation process and is also known as a tempeh starter.

Tempeh is being sold in a traditional market in Indonesia. It is especially popular on the island of Java, where it is a staple source of protein. Like tofu, tempeh is made from soybeans, but it is a whole soybean product with different nutritional characteristics and textural qualities. Tempeh's fermentation process and its retention of the whole bean give it a higher content of protein, dietary fiber, and vitamins. It has a firm texture and an earthy flavor, which becomes more pronounced as it ages.

Where does tempeh come from?

Murdijati Gardjito, a food historian at Gadjah Mada University, argued that native Javanese people made tempeh and that its preparation predates the introduction of Chinese-style tofu products. Some ancient texts mention tempe dhele, old Javanese for "native soybean tempeh"; dhele was used to refer to the native soybean variety.

White soybeans used to make most tempe dhele today used to be called dhele putih (white soybeans), and were only available in Java centuries later. Mary Astuti, a food historian specialising in tempeh at Gadjah Mada University, argued that the native soybean variety had been grown before the Chinese arrived in the region.

Sri Tandjung noted that Javanese had been eating cooked (native black) soybeans since the 12 century. By the 16th or the 19th century, depending on which period the writer of Serat Centhini referred to, Javanese people had mastered the art of cooking with tempeh, where it was not only eaten as is but converted into different types of dishes, showing a complete understanding and mastery of the food product.

Gardjito noted that Javanese noble families rarely wrote about tempeh in ancient texts because it had never been a part of royal cuisine but rather a staple meal of the lower classes.

Chinese Indonesian historian Ong Hok Ham suggests that tempeh might have been produced as a byproduct of tahu (tofu). He argued that the two food products are made of the same ingredient and that genetically speaking, soybeans are from China, though the specific variety was never mentioned. Food journalist, Andreas Maryoto, supported this idea, saying that tempeh might have been accidentally produced as the byproduct of the tofu industry in Java in the 17th century, as discarded soybeans caught the spores of a whitish fungus that was found to be edible.

Tahu (tofu) made its way to Kediri in the 13th and was consumed by Mongolians who arrived in Java. Later, it was popular among rich people only (the complex making process and imported white soybeans led to its high price). Around the 17th or 19th century, tahu became available to everyone.

Tempeh later began to be made with white soybeans, leading to the decreased use of its native black variety. Black soybeans have been replaced by other commodity plants since. The original version of tempe dhele is forgotten as tahu,  since it became the common people's food, and the dependence on imported white soybeans grows.